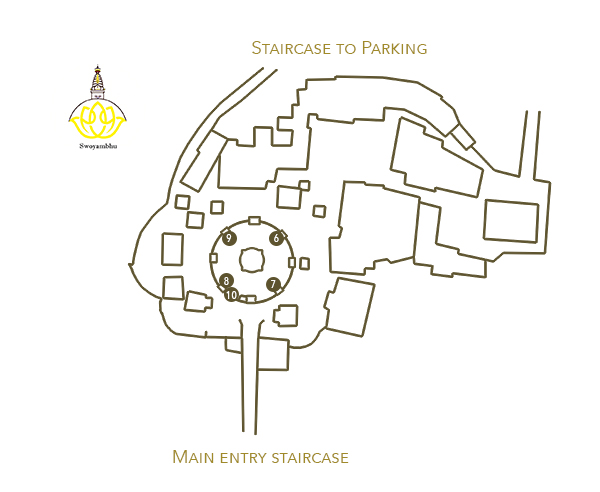 At Swoyambhu Stupa Permises there are 5 Buddhas and 5 Taras Statues put in together to form a circle in the stupa.

She is also known as “Aarya Tara”. Green Tara is usually depicted as a compassionate being ready to step down from her lotus throne to offer comfort and protection from all of the sufferings we experience in the world.

She is shown “in a posture of ease and readiness for action. While her left leg is folded in the contemplative position, her right leg is outstretched, ready to spring into action. Green Tara’s left hand is in the refuge-granting mudra (gesture); her right hand makes the boon-granting [giving] gesture. In her hands she also holds closed blue lotuses (utpalas), which symbolize purity and power.” 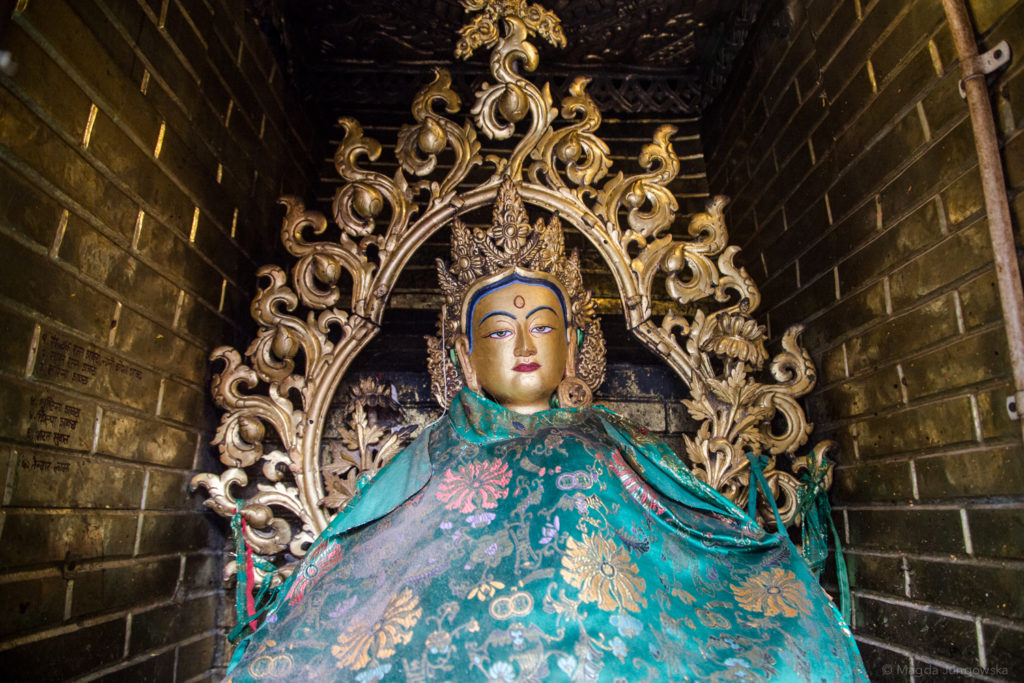 She is also known as “Saptalochani Tara”. The Goddess is the most significant protector of the Vajrayana teachings (the Indestructible Way), especially the termas and inner tantras. As the protector of mantra, the Goddess supports the disciple in deciphering symbolic Dakini codes and correspondingly determines appropriate circumstances and times for revealing secret tantric teachings.

Because She completely realizes the mantras and texts under her care, she reminds the spiritual practitioner of their secrecy and preciousness. 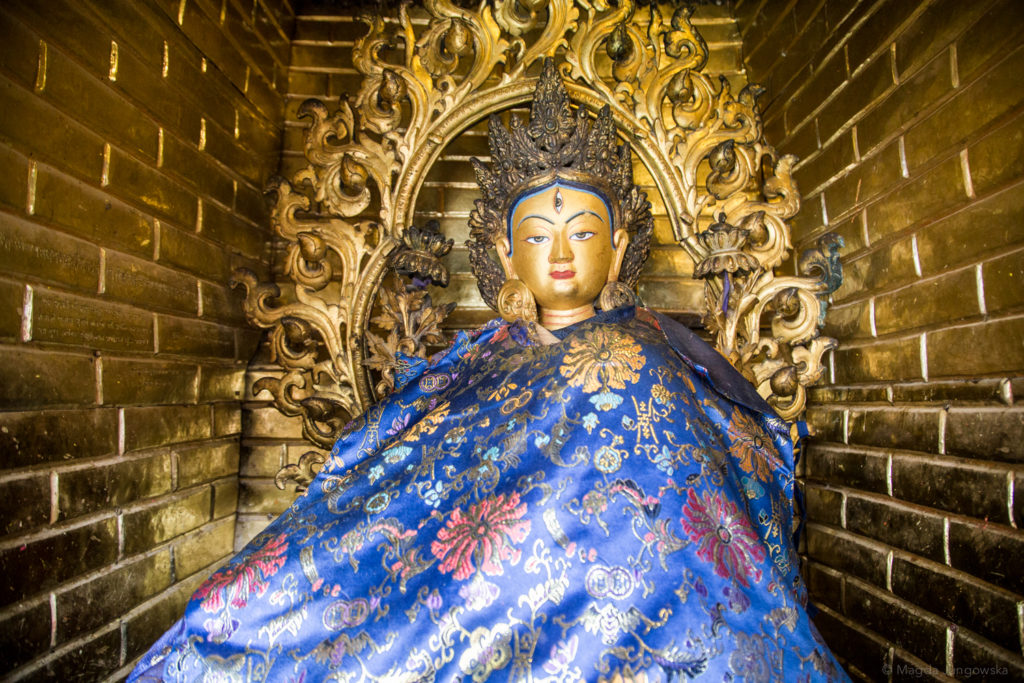 Yellow Tara also known as “Mamaki Tara”. She is the protector of secret mantras and She is known „as the mother of the mothers of all the Living beings in the Universe”. As such, her own powerful Mantra is also secret. 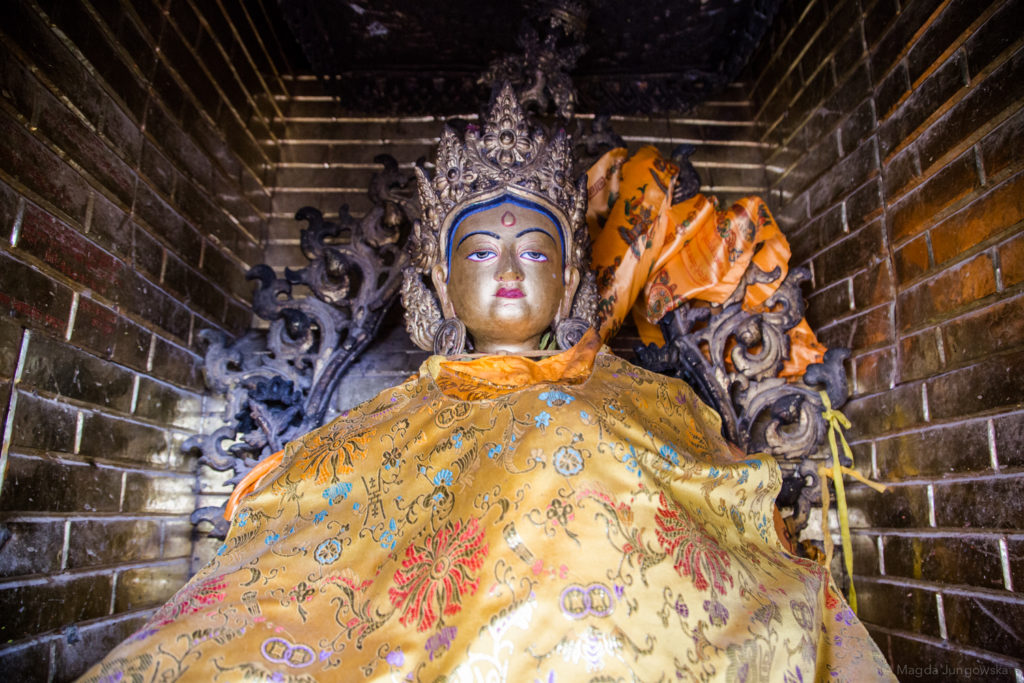 She is also known as “Padmani Tara”. She is worshipped by unhappy lovers, and is believed to be particularly successful in bewitching men and women.

Her mantra repeated ten thousand times is said to bring about all of one’s desires. 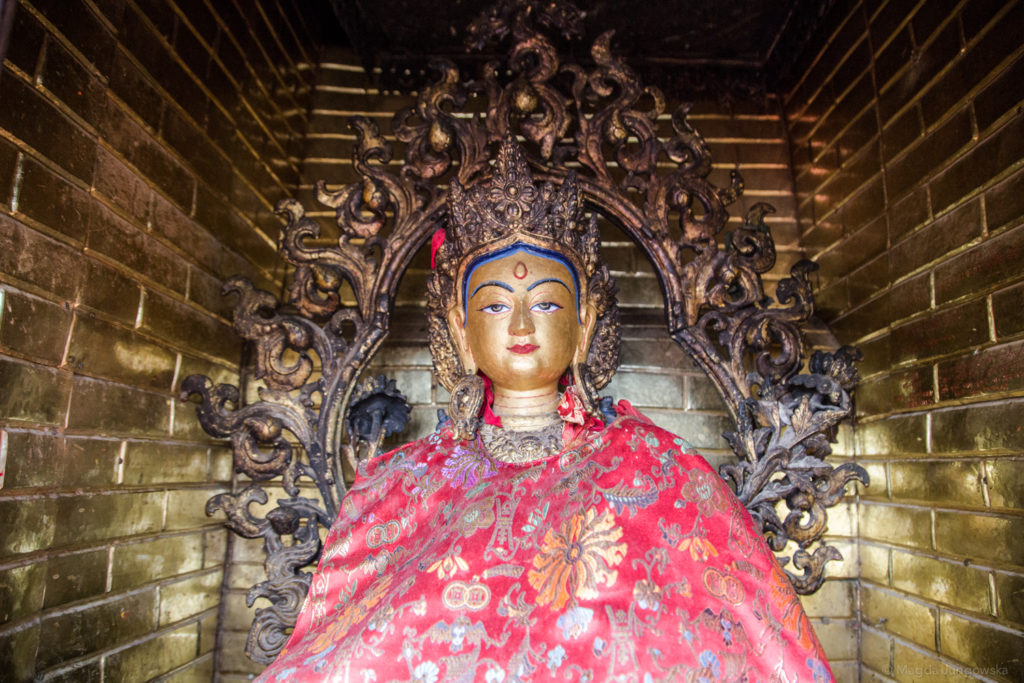 She is known as ” Vajradhatishori Tara “. She has got no form so she is for representing emptiness.