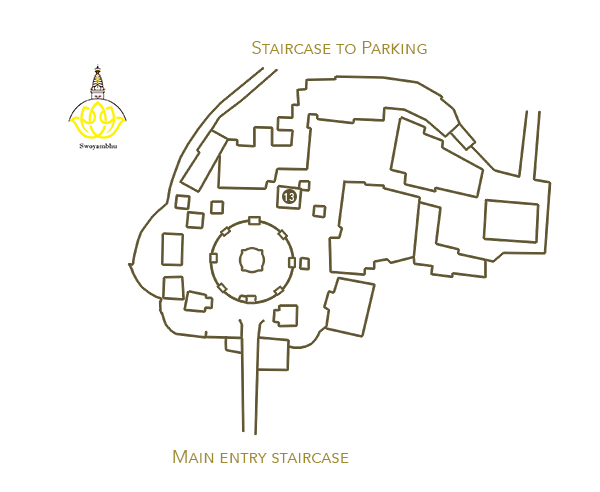 The word “Ajima” comes from two Nepal Bhasa words, “Aji” meaning grandmother and “Ma” meaning mother. This deity represents all the female ancestors of Newar who have been deitized under the influence of the Shaktism branch of Bajrayan Buddhism and Hinduism too.

On the northwest side of the Swoyambhu stupa stands traditional nepali multi roofed (Pagoda) style temple where resides the Goddess hariti (harati maa) and also called “Ajima”. The word “Ajima” comes from two Nepal Bhasa words, “Aji” meaning grandmother and “Ma” meaning mother. Yet she is sometimes called Sitalamaju, the deity of smallpox.

Once upon a time  when Lord Buddha was residing at Rajgir, a powerful female Yaksha was creating much trouble and causing suffering to local people by stealing their children and devouring them. She used to feed her large family at least 500 children daily  and thus local people were greatly terrified and were in a state of despair and distress. At that time, people rushed to that place, requesting the Buddha to protect them from the demon, the Great Yakshani Hariti. Buddha then consoled them by saying that he would definitely subdue Hariti and proceeded to visit Hariti’s residence. He took her dearest son Dhanabhaju and concealed him in his alms bowl. When Hariti came back to her residence and could not find her beloved son anywhere, she searched for him everywhere, even in the mountains and seas, but of no avail. She cried sheathed tears for the loss of her beloved son for a long time and finally she approached Buddha to find out where her beloved son was. At this the Buddha replied to her that since children are so dear to every parent, it would be unwise to cause suffering to people by devouring their children. Buddha then instructed the Yakashni Hariti about the value of compassion. Hariti accepted Buddha’s instruction heartily and made a commitment that she would never again harm or steal children, but instead protect them in future. At this Buddha returned her son Dhanabhaju and made her a guardian of the Buddha’s doctrine. Henceforth, she refrained from killing children and any sentient beings whatsoever and became a protector of them.

According to Pancharaksha Sutra, The deity Hariti is the consort of Pancika. She had five hundred childrens. Yet she is generally seen with five children: two in her lap, one on her back, one under her armpit and one near her legs. She is depicted in sitting posture and seems to be very powerful within the yaksha community. She is regarded as the protector of children as well as the Swoyambhu region. Regarded as a dakini, she visits different places and takes care of children under twelve years of age. She can bestow accomplishments, counteract evil omens, exert control over evil and also can punish those who desecrate Swoyambhu Mahachaitya(Stupa). She can also eliminate the poverty of devotees who have faith and devotion to her. She is also said to be Ratnajpitha, i.e. the treasure of jewels over which Swoyambhu Stupa was erected and stands as it is day.

Hariti the female deity is believed to be protector of Buddhism. So we can find her status in many Buddhist Asian countries. In this temple, many Buddhist as well as Hindu devotees come to worship her. The devotees offer their worship by ritual offerings (Chahayek Puja, Kalah Puja, Bhakal Puja etc.) to the Goddess to protect their children from diseases or epidemics. The whole temple is covered with gold gilded provided by the generous charity of various donors with deep faith and devotion to Hariti Maa. This temple is one of the various monuments of the Swoyambhu hill.

According to Swoyambhu Puran, the Great Guru Shantikara Acharya consectrated the Swoyambhu Stupa with rituals according to Vajrayana tradition, but the pinnacle of the stupa was slightly tilted at this. Guru Shantikara felt extremely disappointed for not being able to erect in spite of his manifold efforts. In order to find the answer, he meditated. As a result, he found an answer that the Great Yakshani Hariti was residing here with view to serve the Stupa. But, Shantikara avoided her, since he thought she was a Yakshani. But she actually cherished great aspirations for the cause of Buddha’s doctrine and for the cause of protecting the region. That is why the golden pinnacle on the top of the stupa was bent. Knowing that Guru Shantikar Acharya fulfilled all the wishes of Hariti Maaju and asked her what sort of responsibility she wanted to shoulder.

She made following commitments:

Overjoyed at the earnest pledges of Hariti Mahayaksini, Guru Shantikara gratified her with the methods of the high tantras of the Vajrayana and subsequently instituted the custom of Ritual offering called “Chahayeke bali puja” for peace and happiness of the country and people to the goddess Hariti will have their wishes fulfilled. 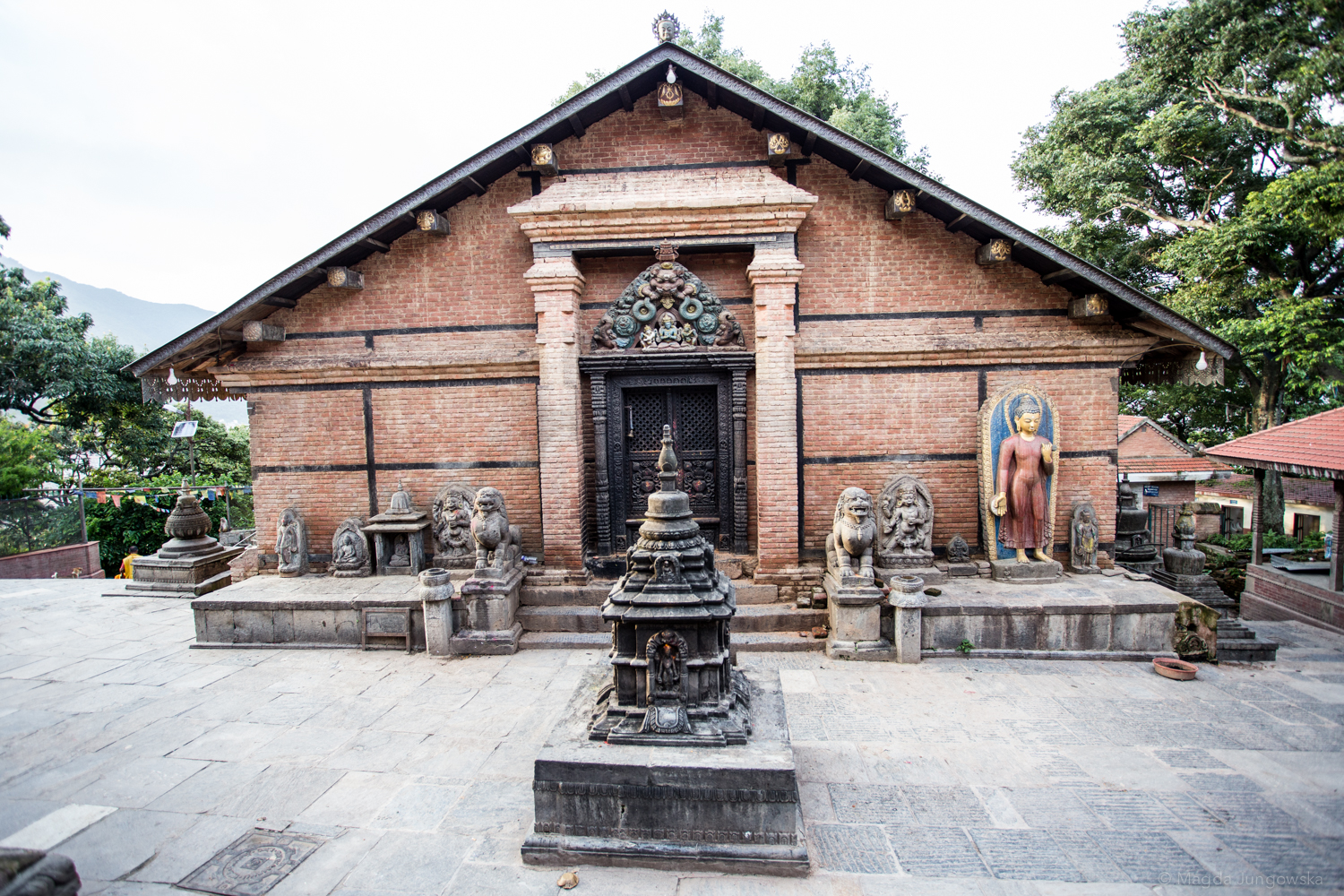