On the western side of the Swoyambhu hill there is a statue of standing bodhisattwa with gesture of prediction about three meters high.

This image known as ‘Deva Avatar Bodhisattwa’, one of the one hundred and eight Bodhisattwas. Previously, this attractive image was installed facing north direction outside the  Jyoti Kriti Mahavihar, along the northern pathway. Now it’s being transferred in chapel on the corner behind the Mahavihar, facing east because of the Mahavihar was renovated last time. The image believes to be installed during the reign of King “Thunku Kirat” in the 7th century. The skilled artist has been successful making this image from single dark grey stone. His right leg appears to be moving slightly forward, while the left one extends behind, as though travelling for the benefit of sentient beings. His right hand displays the giving gesture and his left hand holds a corner of his robe near the shoulder. This is called the ‘mudra of prediction’. 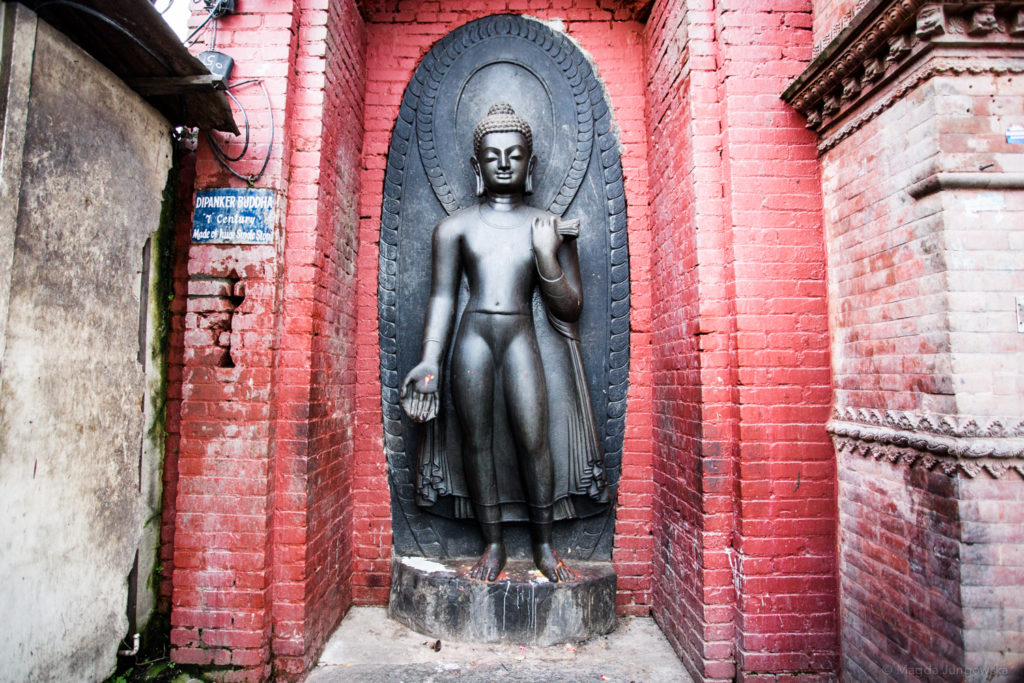