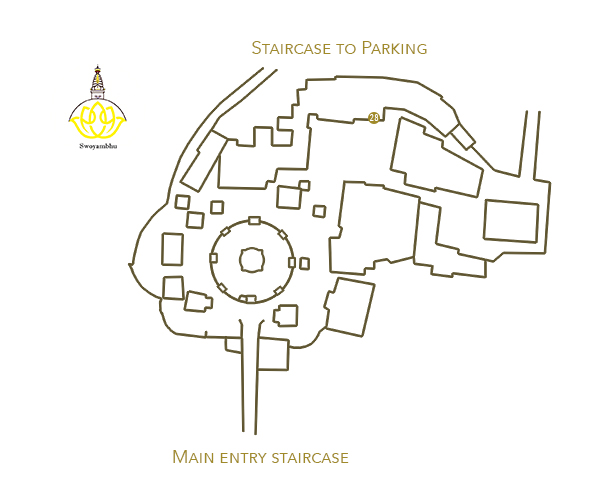 This building is on the Western front of the swoyambhu mahachaitya at the chaitya park. It’s the main monastery of the swoyambhu, is also known as Kvapa chen, the house of the main deity of the Buddhacharya sangha. It’s believed that this monastery was established on the time of the Licchavi king’s period (5th century). An image Kvapadyah standing Buddha and guardian of the order or the sangha of the Buddhacharya community main priest family of swoyambhu mahachaitya, an Aksobhya are installed on the ground floor of this monastery. In the front of the monastery there is old Asoka chaitya. This place is also where the Buddhacharyas preform necessary ordination rituals to enter the Sangha with rites that include the act of taking seven steps and prostration to Buddha Shakyamuni. This building was also damage in 2015 big earthquake, now it being renovate.