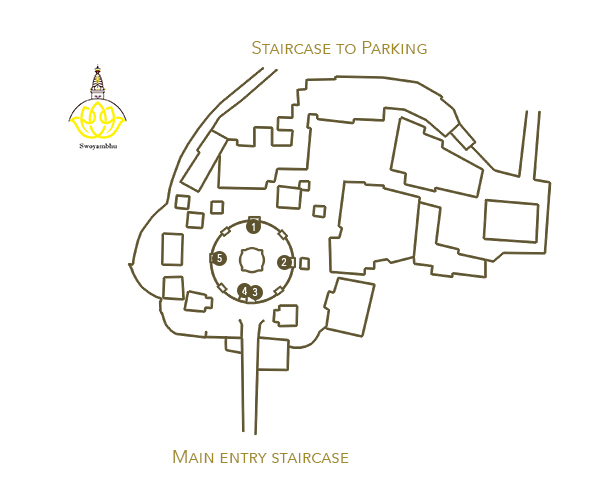 Vajrayana introduced the theory of the five Dhyani Buddhas as embodiments of the five cosmic elements– ether, water, earth, fire and air and formulated the theory of the family of the five Dhyani Buddhas from which deities emanate according to need. The cult of the Dhyani Buddhas, who are assigned definite positions in the cosmogony of the stupa is quite popular in Nepal and may have been introduced from India as early as the 7th century A.D. The immense popularity of this cult can easily be seen and the hundreds of votive chaityas in and around the Valley. Of the five Dhyani Buddhas the senior, in Nepali hierarchy, is Vairochana (ether) who occupies the center of a Mandala but is not represented in the roadside votives which depict only the other four Dhyani Buddhas, Akshobhya (water) of the East, Ratna-Sambhava (earth) of the South, Amitabha (fire) of the West and Amoghsiddhi of the North. In the Swayambhu stupa, Vairochana is placed between Akshobhya and Ratna-Sambhava. 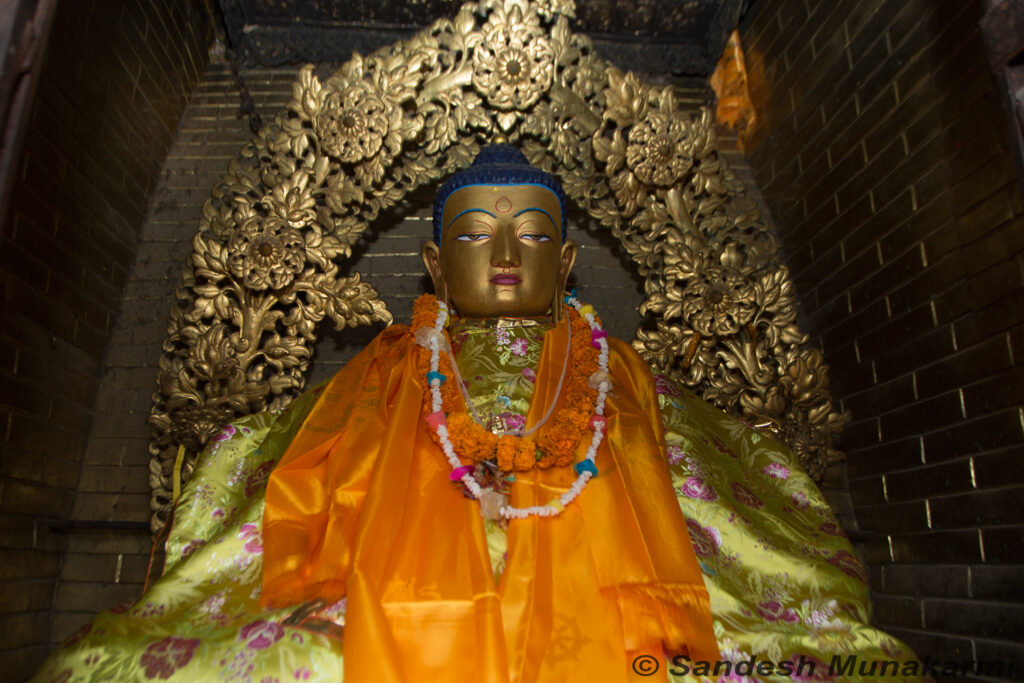