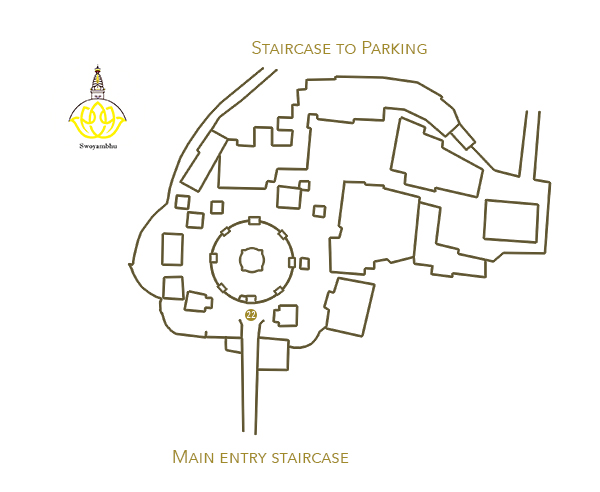 At the top of the eastern staircase in the front of the chapel of Aksobhya, a golden Vajra resting on a gold gilded copper Dharmadhatu mandala. It has a round stone base with carving of twelve animals representing astronomical symbols.

This golden Vajra was installed by the Poet-King Jaya Pratapa Malla on the sixth day of Asadha in N.S.788. last renovated was done in 2008 A.D. of it.

In the Vajrayana Buddhism, the Vajra represents as the wisdom and compassion which realizes bliss of emptiness. That is why accomplished masters of Vajrayana Buddhism regard this symbol as a dharma instrument, and as having the utmost reverence to perform ceremonies, bestow blessings and giving initiation. It’s also worn as rings and ornaments like lockets for protection from evil forces by peoples.